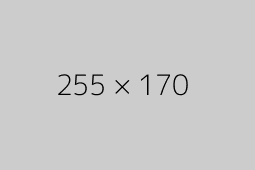 Each lecture in this series focuses on a single play by Shakespeare, …

Each lecture in this series focuses on a single play by Shakespeare, and employs a range of different approaches to try to understand a central critical question about it. Rather than providing overarching readings or interpretations, the series aims to show the variety of different ways we might understand Shakespeare, the kinds of evidence that might be used to strengthen our critical analysis, and, above all, the enjoyable and unavoidable fact that Shakespeare's plays tend to generate our questions rather than answer them.

First published in 1910, this book focuses exclusively on the grammar of …

First published in 1910, this book focuses exclusively on the grammar of Modern Standard Arabic as it is used in written Arabic. It contains an introduction that explains the Arabic alphabet and pronunciation and 49 lessons that describe the foundational grammatical elements of MSA, including articles, gender, and the noun and verb systems. The text includes Arabic-English and English-Arabic vocabulary sections as well as a supplement with extract from the Qur'an, classical literature, media, and correspondence. The filesize of the PDF is 32 MB.

Studies the relation between imaginative texts and the culture surrounding them. Emphasizes …

Studies the relation between imaginative texts and the culture surrounding them. Emphasizes ways in which imaginative works absorb, reflect, and conflict with reigning attitudes and world views. Instruction and practice in oral and written communication. Topic for Fall: Ethical Interpretation. Topic for Spring: Women Reading, Women Writing. The course examines the earliest emergence of stories about King Arthur and the Knights of the Round Table in the context of the first wave of British Imperialism and the expanded powers of the Catholic Church during the twelfth and thirteenth centuries. The morphology of Arthurian romance will be set off against original historical documents and chronicle sources for the English conquests in Brittany, Wales, Scotland, and Ireland to understand the ways in which these new attitudes towards Empire were being mythologized. Authors will include Bede, Geoffrey of Monmouth, ChrĚŠtien de Troyes, Marie de France, Gerald of Wales, together with some lesser known works like the Perilous Graveyard, the Knight with the Sword, and Perlesvaus, or the High History of the Holy Graal. Special attention will be paid to how the narrative material of the story gets transformed according to the particular religious and political agendas of each new author.

The Art of the Probable" addresses the history of scientific ideas, in …

The Art of the Probable" addresses the history of scientific ideas, in particular the emergence and development of mathematical probability. But it is neither meant to be a history of the exact sciences per se nor an annex to, say, the Course 6 curriculum in probability and statistics. Rather, our objective is to focus on the formal, thematic, and rhetorical features that imaginative literature shares with texts in the history of probability. These shared issues include (but are not limited to): the attempt to quantify or otherwise explain the presence of chance, risk, and contingency in everyday life; the deduction of causes for phenomena that are knowable only in their effects; and, above all, the question of what it means to think and act rationally in an uncertain world. Our course therefore aims to broaden students’ appreciation for and understanding of how literature interacts with--both reflecting upon and contributing to--the scientific understanding of the world. We are just as centrally committed to encouraging students to regard imaginative literature as a unique contribution to knowledge in its own right, and to see literary works of art as objects that demand and richly repay close critical analysis. It is our hope that the course will serve students well if they elect to pursue further work in Literature or other discipline in SHASS, and also enrich or complement their understanding of probability and statistics in other scientific and engineering subjects they elect to take.

The Folger Shakespeare Library provides the full searchable text of "All's Well That Ends Well" to read online or download as a PDF. All of the lines are numbered sequentially to make it easier and more convenient to find any line.

Childhood is a source of fascination in most Western cultures. It is …

Childhood is a source of fascination in most Western cultures. It is both a major inspiration for artistic creation and a political ideal, which aims at protecting future generations. Which role does it play in French society and in other francophone areas? Why is the French national anthem (La Marseillaise) addressed to its 'children'? This course will study the transformation of childhood since the 18th century and the development of sentimentality within the family. We will examine various representations of childhood in literature (e.g. Pagnol, Proust, Sarraute, Laye, Morgiĺvre), movies (e.g. Truffaut), and songs (e.g. Brel, Barbara). Course taught in French.

An edition of Melville's text with resources added by a student group project.

What is a "life" when it's written down? How does memory inform …

What is a "life" when it's written down? How does memory inform the present? Why are memoirs so popular? This course will address these questions and others, considering the relationship between biography, autobiography, and memoir and between personal and social themes. We will closely examine some recent memoirs: Tobias Wolff's This Boy's Life, Barack Obama's Dreams From My Father, Edwidge Danticat's Brother, I'm Dying, Ayaan Hirsi Ali's Infidel, and Alison Bechdel's Fun Home. Students will write two brief papers: a critical essay and an experiment in memoir.As a "Sampling," this class offers 6 units, with a strong emphasis on close reading, group discussion, focused writing, and research and presentation skills.

The University of North Georgia Press and Affordable Learning Georgia bring you British Literature II: Romantic Era to the Twentieth Century and Beyond.
Featuring 37 authors and full texts of their works, the selections in this open anthology represent the literature developed within and developing through their respective eras. This completely-open anthology will connect students to the conversation of literature that has captivated readers in the past and still holds us now.
Features:
Contextualizing introductions to the Romantic era; the Victorian era; and the Twentieth Century and beyond.
Over 90 historical images.
In-depth biographies of each author.
Instructional Design features, including Reading and Review Questions.
This textbook is an Open Educational Resource. It can be reused, remixed, and reedited freely without seeking permission.

An investigation of traditional and contemporary children’s literature from various cultures.

Open Educational Resource (OER) created for the Classics 2109 sections taught by professors Thibodeau, Smith, Luhrs, and Sage. This course is designed to introduce you to the main themes and ideas of self and society in the literature ranging from Classical to modern. We will explore the social, political, and religious environments that govern different societies, and the role of the individual in these societies, as shown in literature of different periods and cultures. Through a combination of lectures, class discussions, and student writing assignments, we will actively engage and critically analyze the texts themselves. By the end of the term you, the student, will be able to use with accuracy and precision basic terms of literary analysis relevant to the class readings, to read literary texts critically and to write interpretive prose, which is clear and cogent.

Unrestricted Use
CC BY
The Chronology of Harlem
Rating
0.0 stars

This course surveys the social science literature on civil war. Students will …

This course surveys the social science literature on civil war. Students will study the origins of civil war, discuss variables that affect the duration of civil war, and examine the termination of conflict. This course is highly interdisciplinary and covers a wide variety of cases.

Concentrates on specific periods of Classical Greek and Roman Literature in translation with attention to cultural, political, and social influences. Topics vary from year to year chosen from among fifth-century Athens, the Golden Age of Latin Literature, the Silver Age, and Late Antiquity. Roman Literature of the Golden Age of Augustus Caesar, produced during the transition from Republican to Imperial forms of government, was to have a profound and defining influence on Western European and American societies. These writings ultimately established lasting models of aesthetic refinement, philosophical aspiration, and political ambition that continue to shape modern cultures. This class will be exploring the Golden Age of Latin Literature from an historical perspective in order to provide an intensive examination of the cultural contexts in which these monumental works of classical art were first produced. Readings will emphasize the transition from a Republican form of government to an Empire under the rule of Augustus Caesar and the diversity of responses among individual authors to the profound structural changes that Roman society was undergoing at this time. Particular attention will be devoted to the reorganization of society and the self through textuality, the changing dimensions of the public and the private, the roles of class and gender, and the relationship between art and pleasure. Writings covering a wide variety of literary genres will include the works of Caesar, Cicero, Catullus, Livy, Virgil, Horace, and Ovid, with additional readings from Cassius Dio for background.

ENG295 World Literatures Written in English is the capstone course for the Writing and Literature major. Students in their final year at LaGuardia take the course before many of them move on to English programs at Hunter, Queens, Brooklyn, and City Colleges. This section of the course focused on South African literature from right before the fall of Apartheid (1990) through the present. Throughout the semester, we discussed the question of individual responsibility in relation to the readings, particularly in Pumla Gobodo-Madikizela's A Human Being Died That Night and JM Coetzee's Disgrace. These particular texts brought up questions of how we deal with stories of unspeakable trauma and what is the price that society has to pay in order to overcome them. The ethics of individual responsibility is central to these texts. In addition, we also had a guest speaker who visited the class and graciously told us the story of her own upbringing in Apartheid South Africa. Her descriptions of the way skin and hair became markers of racial categorization held resonance in the United States' own history of racial oppression. I thought these discussions would culminate in an in-class reflective essay that would allow the students to make connections between their own experiences and those that they read and heard about coming from the other side of the world. The glue that would bind South Africa and the United States was a poem by Claudia Rankine's Citizen: An American Lyric. The concrete experience of micro-aggression captured in the small prose poem would allow the students to compare and contrast the systematic oppression of South Africa and the current pernicious and pervasive forms of racism present in our own society. This reflective essay would be an opportunity for the students to synthesize the discussions and readings from throughout the semester and bring it back to their own experience. In the end, the assignment captured all three of the dimensions found in the Global Learning Competency and expected students to demonstrate advanced the writing skills.
LaGuardia's Core Competencies and Communication Abilities
Main Course Learning Objectives: Enable students to understand evolving literary traditions in the global context. Compare and contrast historical and social periods across geo-political boundaries. Enable students to compare and contrast historical and social periods across geo-political boundaries. Reinforce and develop research and writing skills acquired in English 101 and 102. Reinforce and develop critical thinking skills needed to interpret and analyze literary texts.